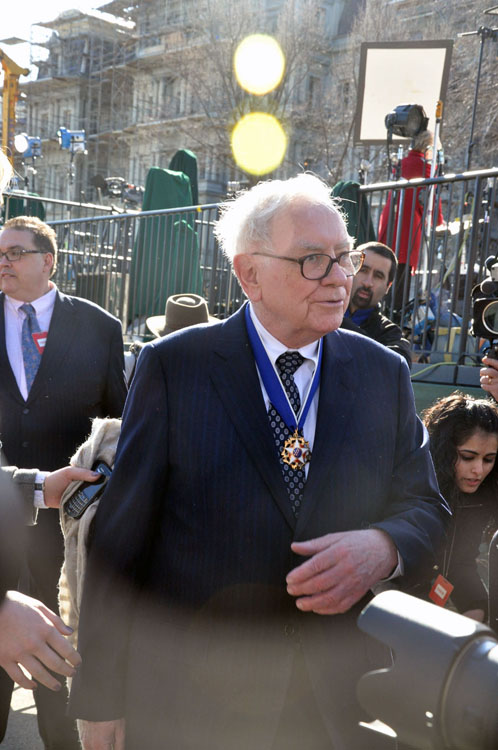 Figure 4.5 Warren Buffett’s ideas about taxation and spending habits of the very wealthy are controversial, particularly since they raise questions about America’s embedded system of class structure and social power. (Photo courtesy of Medill DC/flickr)

While many sociologists have contributed to research on society and social interaction, three thinkers form the base of modern-day perspectives. Émile Durkheim, Karl Marx, and Max Weber developed different theoretical approaches to help us understand the way societies function.

Émile Durkheim and Functionalism
As a functionalist, Émile Durkheim’s (1858–1917) perspective on society stressed the necessary interconnectivity of all of its elements. To Durkheim, society was greater than the sum of its parts. He asserted that individual behavior was not the same as collective behavior and that studying collective behavior was quite different from studying an individual’s actions. Durkheim called the communal beliefs, morals, and attitudes of a society the collective conscience. In his quest to understand what causes individuals to act in similar and predictable ways, he wrote, “If I do not submit to the conventions of society, if in my dress I do not conform to the customs observed in my country and in my class, the ridicule I provoke, the social isolation in which I am kept, produce, although in an attenuated form, the same effects as punishment” (Durkheim 1895). Durkheim also believed that social integration, or the strength of ties that people have to their social groups, was a key factor in social life.

Following the ideas of Comte and Spencer, Durkheim likened society to a living organism, in which each organ plays a necessary role in keeping the being alive. Even the socially deviant members of society are necessary, Durkheim argued, as punishments for deviance affirm established cultural values and norms. That is, punishment of a crime reaffirms our moral consciousness. “A crime is a crime because we condemn it,” Durkheim wrote in 1893. “An act offends the common consciousness not because it is criminal, but it is criminal because it offends that consciousness” (Durkheim 1893). Durkheim called these elements of society “social facts.” By this, he meant that social forces were to be considered real and existed outside the individual.

Preindustrial societies, Durkheim explained, were held together by mechanical solidarity, a type of social order maintained by the collective conscience of a culture. Societies with mechanical solidarity act in a mechanical fashion; things are done mostly because they have always been done that way. This type of thinking was common in preindustrial societies where strong bonds of kinship and a low division of labor created shared morals and values among people, such as hunter-gatherer groups. When people tend to do the same type of work, Durkheim argued, they tend to think and act alike.

In industrial societies, mechanical solidarity is replaced with organic solidarity, which is social order based around an acceptance of economic and social differences. In capitalist societies, Durkheim wrote, division of labor becomes so specialized that everyone is doing different things. Instead of punishing members of a society for failure to assimilate to common values, organic solidarity allows people with differing values to coexist. Laws exist as formalized morals and are based on restitution rather than revenge.

Karl Marx and Conflict Theory
Karl Marx (1818–1883) is certainly among the most significant social thinkers in recent history. While there are many critics of his work, it is still widely respected and influential. For Marx, society’s constructions were predicated upon the idea of “base and superstructure.” This term refers to the idea that a society’s economic character forms its base, upon which rests the culture and social institutions, the superstructure. For Marx, it is the base (economy) that determines what a society will be like. 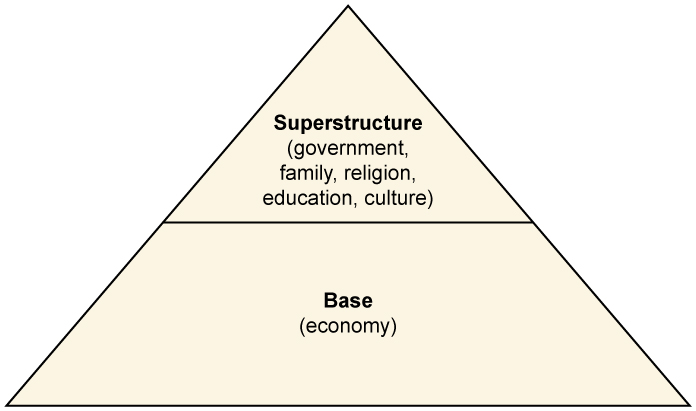 Figure 4.6 Karl Marx asserted that all elements of a society’s structure depend on its economic structure.

Additionally, Marx saw conflict in society as the primary means of change. Economically, he saw conflict existing between the owners of the means of production—the bourgeoisie—and the laborers, called the proletariat.

Marx maintained that these conflicts appeared consistently throughout history during times of social revolution. These revolutions or “class antagonisms” as he called them, were a result of one class dominating another. Most recently, with the end of feudalism, a new revolutionary class he called the bourgeoisie dominated the proletariat laborers. The bourgeoisie were revolutionary in the sense that they represented a radical change in the structure of society. In Marx’s words, “Society as a whole is more and more splitting up into two great hostile camps, into two great classes directly facing each other—Bourgeoisie and Proletariat” (Marx and Engels 1848).

Such is the Old Town of Manchester, and on re-reading my description, I am forced to admit that instead of being exaggerated, it is far from black enough to convey a true impression of the filth, ruin, and uninhabitableness, the defiance of all considerations of cleanliness, ventilation, and health which characterise the construction of this single district, containing at least twenty to thirty thousand inhabitants. And such a district exists in the heart of the second city of England, the first manufacturing city of the world.

Add to that the long hours, the use of child labor, and exposure to extreme conditions of heat, cold, and toxic chemicals, and it is no wonder that Marx and Engels referred to capitalism, which is a way of organizing an economy so that the things that are used to make and transport products (such as land, oil, factories, ships, etc.) are owned by individual people and companies rather than by the government, as the “dictatorship of the bourgeoisie.”

For Marx, what we do defines who we are. In historical terms, in spite of the persistent nature of one class dominating another, some element of humanity existed. There was at least some connection between the worker and the product, augmented by the natural conditions of seasons and the rise and fall of the sun, such as we see in an agricultural society. But with the bourgeoisie revolution and the rise of industry and capitalism, the worker now worked for wages alone. His relationship to his efforts was no longer of a human nature, but based on artificial conditions.

Marx described modern society in terms of alienation. Alienation refers to the condition in which the individual is isolated and divorced from his or her society, work, or the sense of self. Marx defined four specific types of alienation.

Alienation from the process of one’s labor. A worker does not control the conditions of her job because she does not own the means of production. If a person is hired to work in a fast food restaurant, she is expected to make the food the way she is taught. All ingredients must be combined in a particular order and in a particular quantity; there is no room for creativity or change. An employee at Burger King cannot decide to change the spices used on the fries in the same way that an employee on a Ford assembly line cannot decide to place a car’s headlights in a different position. Everything is decided by the bourgeoisie who then dictate orders to the laborers.

Alienation from others. Workers compete, rather than cooperate. Employees vie for time slots, bonuses, and job security. Even when a worker clocks out at night and goes home, the competition does not end. As Marx commented in The Communist Manifesto (1848), “No sooner is the exploitation of the laborer by the manufacturer, so far at an end, that he receives his wages in cash, than he is set upon by the other portion of the bourgeoisie, the landlord, the shopkeeper, the pawnbroker.”

Alienation from one’s self. A final outcome of industrialization is a loss of connectivity between a worker and her occupation. Because there is nothing that ties a worker to her labor, there is no longer a sense of self. Instead of being able to take pride in an identity such as being a watchmaker, automobile builder, or chef, a person is simply a cog in the machine.

Taken as a whole, then, alienation in modern society means that an individual has no control over his life. Even in feudal societies, a person controlled the manner of his labor as to when and how it was carried out. But why, then, does the modern working class not rise up and rebel? (Indeed, Marx predicted that this would be the ultimate outcome and collapse of capitalism.)

In order for society to overcome false consciousness, Marx proposed that it be replaced with class consciousness, the awareness of one’s rank in society. Instead of existing as a “class in itself,” the proletariat must become a “class for itself” in order to produce social change (Marx and Engels 1848), meaning that instead of just being an inert strata of society, the class could become an advocate for social improvements. Only once society entered this state of political consciousness would it be ready for a social revolution.